In 2003 this concept was the start of  my first art probing project. I still give talks, workshops and create works based on Industrial Cool. What is it then? Industrial Cool is how manufacturing industries are reimagined in a time that is described as postindustrial. Factories are transformed into new spaces and experiences. The old factory has given room for a whole new set of imaginaries.

The concept Industrial Cool is meant to evoke ways that traditional manufacturing industries in several parts of the world are aestheticized in novel ways. It can illustrate a number of processes of change in the industrial milieu and can be used to show how people are starting to look with new eyes at old factories.

In 2003 I started to explore Industrial Cool from two directions. I started to use it in my academic research, and I also initiated a number of art projects that took Industrial Cool as point of departure. These were my first art probes. Together with music producer Håkan Lidbo I invited electronica artists to contribute to a compilation album. The artists could use sounds from a sugar refinery in southern Sweden. Sounds that I had recorded with help from my friend and collaborator Petter Duvander. The artists were free to use the sounds in their musical interpretations of the Industrial Cool concept. The album IC1 – The Birth of Industrial Cool was released in 2004.

The album was released 2004, and came as a Digipac CD, published by the label 23Hz and distribution by Playground Scandinavia. The tracks on the album were based on sounds recorded in a sugar refinery in Arlöv, Sweden, and IC1 was a way to start probing the Industrial Cool concept.

In 2005 the album was nominated in the category “Best Postrock/Electronica” at Manifestgalan (A music award for alternative labels and musica cts in Sweden).

Several people have been working with Industrial Cool throughout the years, and I really appreciate all the support. Video artist Anders Weberg, with whom I collaborated with in several subsequent projects, produced a film called Sugar Added – Further dimensions of Industrial Cool based on some of the tracks from the album.

The project and concept was presented in various places, eg. at the Swedish National Museum of Science and Technology, in Stockholm. March 27th 2004. During an evening the museum organised a major event based on Industrial Cool, including a dance performance, inspired by the movie Sugar added, four live concerts, and a lecture on the ideas behind Industrial Cool.

What happens when some of Sweden’s most respected electronica-artists are forced to work according to the strict temporal forms that has characterized industrial work for decades? During an eight-hour shift eight artists improvised together with their laptops and various instruments. The clock was ticking inexorably and the musical labour was only interrupted for lunch and coffee breaks.

The eight hours of improvised electronica were recorded on tape, and at the end of the day each of the artists received one hour of music that they mixed and edited to one of the eight tracks on the album Skiftet (The Shift), released 2006. All participants were interviewed during the day, by journalist Mats Almegård and me.

Industrial Cool was the departure point and inspiration for a four-month undergraduate course at The Department of Interior Architecture and Furniture Design at Konstfack (University College of Arts, Crafts and Design) in Stockholm during Autumn 2007. The students produced proposals of a rework of an old industrial estate in the town Eskilstuna. I held an inspirational lecture to start off the course.

In collaboration with New Media Meeting, The Museum of Work in Norrköping arranged a smaller live version of the IC1-concept, called ”Sound of Norrköping” in September 21-22 2007 . Sounds were recorded in factories and workplaces around the city, these were then transformed, interpreted and performed by electronica-artist Christian Björklund. Dancer Emilie Bardon made a dance performance to the music. At the event I held a lecture and presentation of the Industrial Cool-concept and also took part in the musical performance

These are some of the examples of artistic probings of the Industrial Cool concept. Parallel with this, I did research to further explore Industrial Cool. I conducted fieldworks in Germany and Sweden and published several articles and a book in Swedish.

The industrial Cool theme is still evolving, and when this is written I work with further explorations of Industrial Cool. I have done commissioned work, talked for and collaborated with architects, urban planners, museums, municipalities and entrepreneurs. Among other things I have dealt with challenges and potentials of urban and rural (re)development. The question prevail: How do people imagine industries in different times and situations?

In 2008 I published a book (in Swedish) based on my research and my art probing around Industrial Cool. The book and the study was based on ethnographic fieldwork mostly done in Germany. The book is freely available as PDF.

I studied Resurrected factories in the Ruhr-area and a Staged Factory in Dresden (Volkswagen’s Die Gläserne Manufaktur). I also studied the fascination for ruined and abondoned factories and infrastructures. Together with the book I published a eight-track-soundtrack called Brownfields Forever, recorded under the moniker Selko. 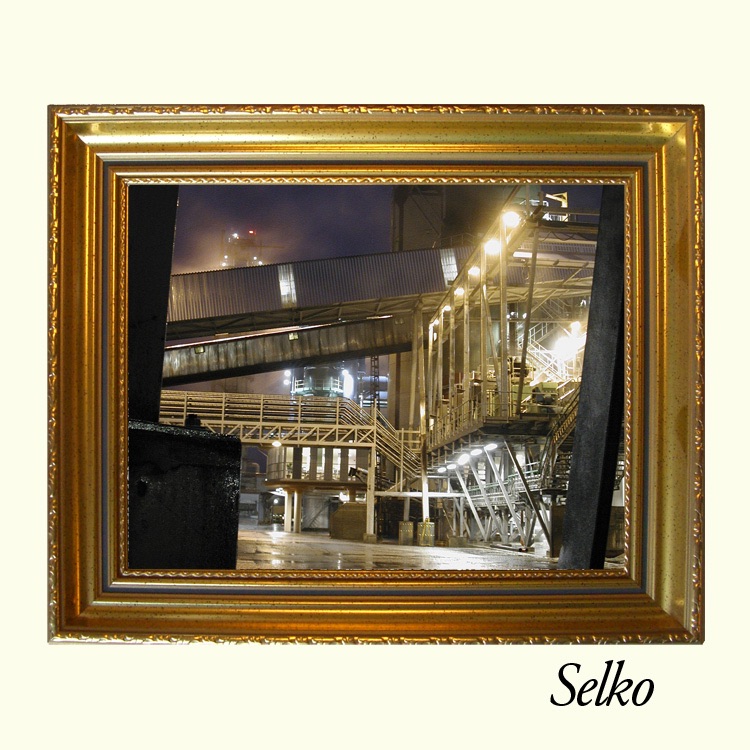